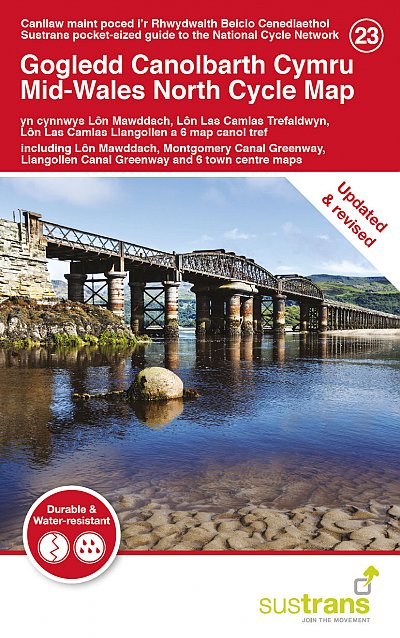 It covers the northern area of the Mid Wales region of Wales, including Aberwystwyth, Machynlleth, Llangollen and southern Snowdonia.

With landscape ranging from the uplands of the Cambrian mountains and Snowdonia to picturesque views over Cardigan Bay, north mid-wales offers a great variety of cycling experiences from traffic-free paths to challenging gradients. Head south from Porthmadog through stunning South Snowdonia, until you reach Coed Y Brenin forest park, Wales’ home of mountain biking, or explore the Centre for Alternative Technology in Machynlleth.