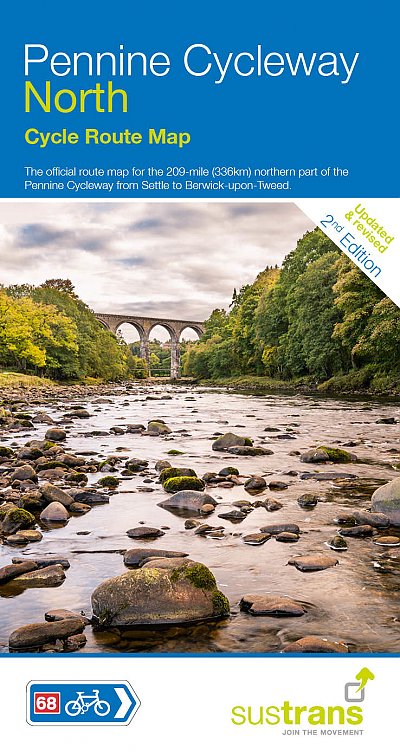 The northern part of the Pennine Cycleway takes in some of the most spectacular landscapes and unspoilt countryside that England has to offer.

The ride runs between Settle in Cumbria and Berwick-upon-Tweed on the border between England and Scotland. It takes you past over 60 tourist attractions and 85 villages and towns. It runs past national landmarks such as Hadrian’s Wall and the Northumberland National Park, not to mention the Eden Valley, the dramatic North Pennines, and the South Tyne Valley.

You start in historic Settle with its famous square, home to Ye Olde Naked Man which is believed to be the oldest cafe in the country. You enter the Yorkshire Dales National Park and ride through its western region with its glorious countryside of deep, grassy valleys and limestone crags.

The Dales end at Appleby-in-Westmorland, and you are immediately in the North Pennines AONB.

At Alston you pick up the River South Tyne and ride to Haltwhistle where you can visit one of the most spectacular and complete sections of Hadrian’s Wall. It then enters the fringes of Kielder Forest, the largest man-made woodland in England.

Bellingham on the banks of the River North Tyne is known as the gateway town to Kielder Water and Forest. From here you ride across Northumberland National Park to the small town of Wooler which is known as the Gateway to the Cheviots.

A final, comparatively flat section then follows and the route ends on the magnificent Northumberland Coast (another AONB) at Berwick-upon-Tweed. This is the northernmost town in England, or southernmost town in Scotland. That  depends which period of history you are looking at. It changed hands 13 times before finally falling into English hands in 1482, and the town’s Elizabethan walls were built to finally keep out invading Scots.

Links include the Pennine Cycleway South.