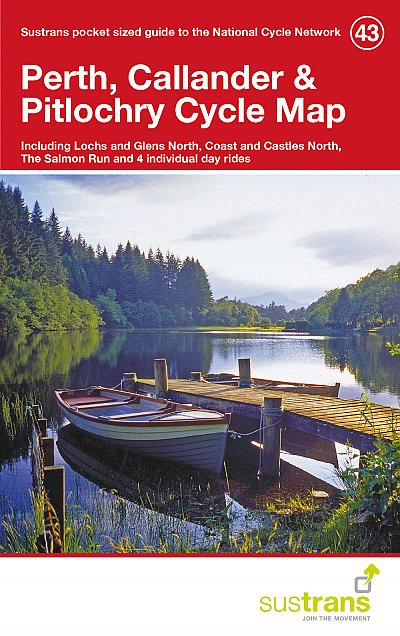 Perth and Kinross region in Scotland, including Dunblane, Callander, Killin, Bridge of Allen, Perth, Kinross and The Trossachs.

This pocket-sized colour map shows clearly mapped on-road and traffic-free paths, easy to read contours, and detailed inset maps for the major towns and cities as well as recommended linking routes connecting the NCN with quiet roads. The map also features 4 day rides with directions and a description of the area, highlighting key cycle routes and places of interest.

National Route 1 through Kinross. This makes up part of the Coast and Castles North long-distance cycle tour and the North Sea Cycle Route.

National Route 7 between Aberfoyle and Pitlochry via Callander, Killin and Aberfeldy. This makes up part of Lochs and Glens North long-distance cycle route.

National Route 77 between Pitlochry and east of Perth. This is also known as the Salmon Run.