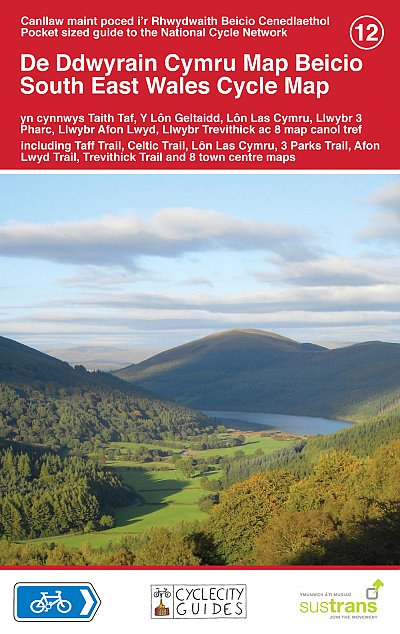 This area map shows the National Cycle Network and local routes in this area. It covers the South East of Wales, including Cardiff, Newport, The Valleys, and Brecon.

The South Wales Valleys were at the heart of the Industrial Revolution, and now many of the railways, tram roads and towpaths that carried raw materials have been transformed into beautiful walking and cycling routes. If you want action-packed cycling adventures combined with panoramic views, wildlife rich country parks and fascinating heritage sites, then the South East of Wales is the place to explore.

National Route 42 between Chepstow and Gospel Pass via Usk and Abergavenny.

National Route 47 between Briton Ferry and Newport via Pontypridd and Hengoed.

National Route 49 between Newport and Abergavenny via Cwmbran on the Brecon and Monmouthshire Canal.

National Route 423 between Cwmbran and Monmouth via Usk.